Penn-Florida Companies secured a $225 million construction loan for The Residences at Mandarin Oriental in Boca Raton from Madison Realty Capital.

Penn-Florida Companies will use the loan to finish building the 12-story, 92-unit luxury condo development. The condo building, at 105 East Camino Real, will be the third and final tower at Via Mizner, a 2 million square foot mixed-use project in the center of Boca Raton.

The loan is in addition to nearly $400 million in financing the developer secured in 2017 for Via Mizner from Mack Real Estate Credit Strategies and the U.S. Immigration Fund, an EB-5 lender.

Construction of The Residences is already underway and is scheduled to be completed in less than two years along with the new 164-key Mandarin Oriental hotel.

Douglas Ellliman is handling sales and marketing of the condo units, which start at $2 million.

In addition to the hotel and condos, Via Mizner will also include a 366-unit luxury apartment building and 60,000 square feet of retail.

The condo component will connect to the hotel via a two-story underground parking garage and a bridge on the fourth and fifth levels with a spa, gym, fitness center and meeting space. Condo owners will also receive membership to the Via Mizner Golf & City Club, which golf champion Jack Nicklaus is designing.

Madison Realty Capital is increasing its presence in South Florida. In June, the company provided Menin Development a $72 million loanto finance construction of The Ray, a 141-room hotel planned in downtown Delray Beach. The New York-based lender has completed more than $10 billion in debt and equity transactions since it was founded in 2004. 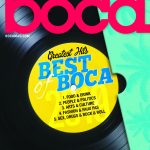 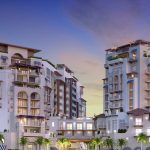