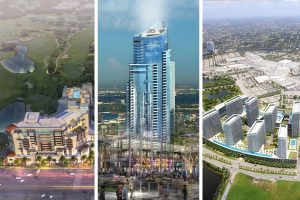 The project will bring an indoor ski-slope to Miami as well as other entertainment, and is betting big on retail at a time when the industry is seeing a surge in vacancies. Yet, American Dream Miami is only one of several megaprojects planned in South Florida. Among them, Turnberry Associates and LeFrak are proposing to build a $4 billion project on a former toxic landfill in North Miami; and Art Falcone, Nitin Motwani and Dan Kodsi are developing a 27-acre, mixed-use project that could transform downtown Miami.

Other developers such as Moishe Mana and Jeff Berkowitz have proposed their own ambitious developments in Wynwood and downtown Miami. Time will tell if their preliminary plans become a reality.

Turnberry Associates and LeFrak are seeking to turn the former site of a toxic waste dump into a $4 billion megaproject, SoLe Mia.

For nearly two decades, developers have proposed grandiose plans for the 184-acre site at 15045 Biscayne Boulevard in North Miami, only to end up with losses, lawsuits and disappointment. The site was formerly home to a Super Fund site, but the site has been remediated and is now safe, according to the development group.

In July 2017, the developers broke ground on two 17-story, luxury rental towers totaling 400 units that are part of the first phase of SoLe Mia. And in May 2017, the development group announced Costco would locate a nearly 166,000-square-foot store inside the mixed-use project.

The $4 billion Miami Worldcenter is spearheaded by Falcone, Motwani and Kodsi. The 27-acre project will include 300,000 square feet of high-street retail, an office tower, two apartment buildings and a convention hotel with 1,700 rooms and 500,000 square feet of meeting, exhibition, and convention space. It will also include Paramount Miami Worldcenter, a 60-story, 500-plus unit luxury condo tower that recently topped off.

In October 2017, the developers secured nearly $33 million in financing from Bank OZK, formerly known as Bank of the Ozarks. And Paramount Ventures, which includes Kodsi, Falcone and Motwani, closed on $285 million in construction financing for Paramount Miami Worldcenter in March 2017.

Edmonton, Canada-based Triple Five Group’s $4 billion American Dream Miami gained approval from Miami-Dade County commissioners in May to begin construction on what is set to become the largest mall in the country.

County commissioners voted to re-designate nearly 174 acres in unincorporated northwest Miami-Dade that will allow Triple Five to build 3.5 million square feet of retail space, a massive theme park and 2,000 hotel rooms on a vacant triangle between I-75 and the Florida Turnpike’s Homestead Extension. Its plans also include a 16-story ski slope, a 20-slide waterpark, and a 14-screen 3D movie theater, among other entertainment facilities.

In western Broward County, Joseph Kavana’s Metropica Development LLC is developing one of the largest projects in South Florida.

The first phase of office development will be a 170,000-square-foot Class A office building at 1700 Metropica Way that is expected to be completed by 2020.

Metropica will also include a second phase of office development totaling 500,000 square feet, as well as more than 2,250 residential units, retail, shopping and entertainment, green spaces, public spaces, and a luxury hotel. Its located at 1800 Northwest 136th Avenue, on the northeast corner of Sunrise Boulevard and 136th Avenue, west of outlet mall Sawgrass Mills.

The project’s first residential tower is expected to be completed this year.

David Beckham got his wish to move forward with an MLS soccer stadium at Melreese Country Club. He also could get more than just a stadium.

Beckham and the Mas brothers are planning to bring a $1 billion mixed-use development to what is now a public golf course.

The project, known as Freedom Park, could include a 25,000-square-foot soccer stadium as well as more than 1 million square feet of retail and office space and about 750 hotel rooms on the site near Miami International Airport. In total, the development is valued at $1 billion and will be built on 73 acres of the 131-acre Melreese Country Club.

The next step is negotiations on a 99-year lease. Once negotiations are complete, four out of five Miami commissioners will have to give final approval to the lease. Currently, the specific terms have not been decided, including exactly what the owners will pay for the development site.

The Mas and Beckham group previously said it would pay an annual rent of at least $3.6 million – or fair market value as determined by two independent appraisals – plus $20 million to fund the park’s construction, paid in annual installments of $666,667 for 30 years.

Located just north of Wynwood and the Design District, Magic City Innovation District will span 17 acres and includes more than 200,000 square feet of rentable space within 20 buildings, warehouses and mixed-use spaces. It has drawn protests from local residents over concerns of displacement and gentrification.

The project’s plans include a 30,000-square-foot Magic City Studios and a 15,000-square-foot innovation center with startups, co-working space and other collaborations; an office tower; retail space; workforce housing and possibly a hotel. It’s planned for land between Northeast 60th and 64th streets.

The ambitious tower could be among Florida’s tallest buildings at 1,000 feet. In October, the development group announced it hired Plaza Construction to begin construction on SkyRise Miami in the second quarter of 2019, with a completion date set for 2023, according to a release.

Berkowitz Development Group’s Jeff Berkowitz initially proposed SkyRise back in 2013, but lawsuits stalled the project, including one initiated after Miami-Dade County planned to award $9 million in public subsidies. The litigation ended in 2016 when Berkowitz stopped pursuing public funding. A Florida Supreme Court ruling in 2015 put to rest other legal challenges from community activists seeking to stop the development.

Berkowitz originally sought to raise $270 million for the development, more than half the project’s construction price tag, through 540 EB-5 investors. 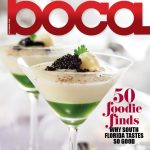 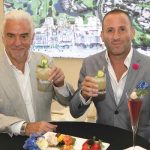