Palm Beach County has had solid success in attracting both people and companies from other parts of the country while boasting many pockets of upper income residents.

A panel of high-profile local developers said that has created many opportunities for them, despite the challenges presented by developing in the county.

The second-largest county in the state by land mass, Palm Beach has a great variation in neighborhoods, including luxury mansions, equestrian estates, urban high rises, golf course communities, and housing on the outskirts of sugar cane fields.

Here are some of the opportunities and challenges in Palm Beach County the developers outlined:

Although the initial plan was to attract many international condo buyers, the Residences at Mandarin Oriental in Boca Raton has attracted many buyers from Palm Beach County, Lenberg said. People are downsizing from large homes into condos with high-end amenity packages. They want to live in active communities like downtown Boca Raton, she said.

In some cases, the people downsizing choose to rent and spend the money from the sale of their home on other things, Lenberg said. She’s seen a lot of that in the 101 Via Mizner apartments.

Rosemurgy is concerned rent has been pushed too high, exceeding what people can afford. The high cost of development makes it hard to build apartments with a lower rent, he said. Rosemurgy sees more opportunities for acquiring older apartment complexes and upgrading them.

Belmont said most of the homes he’s sold in the new city of Westlake have been to locals. Renters are looking to own, and its homes starting at $280,000 are in their price range. Minto has provided downpayment assistance to some buyers, he added.

The challenge for home development is the relatively low density in the county, Belmont said. That makes homes more expensive.

The county is also running out of vacant land for single-family homes, which will increase pressure to build on golf courses, Belmont added.

West Palm Beach is developing more of an urban feel like a 24/7 city, but it’s still a less congested atmosphere than Miami, Rajegowda said. Taking Virgin Trains USA allows people to live in the city at a lower cost while working in Miami or Fort Lauderdale, he noted.

Related Cos. is investing $600 million in Rosemary Square, formerly known as CityPlace, including an office building, an apartment building, and improved public spaces.

Delray Beach has been one of the biggest success stories in South Florida, Rosemurgy said. With an Opportunity Zone on West Atlantic Avenue creating tax incentives, it’s likely the activity will spread west and lead to more development, he said.

Boca Raton remains a great market for commercial development because it has the wealthy demographics retailers are looking for, Lenberg said.

Shopping centers with strong anchor tenants are doing well, but many malls are searching for tenants that provide a more memorable experience than typical retailers, Lenberg said. Retail centers that can’t attract the right tenants might seek to redevelop and go vertical, she added.

In its Uptown Boca mixed-use project, 31% of the space has been leased to restaurants, Rosemurgy said. People want more food and entertainment options closer to their homes, he said.

Minto is still crafting plans for its Town Center at Westlake, but the commercial space will likely be mostly lifestyle uses like restaurants, Belmont said.

Related Cos. is building one of the two office towers under construction now in downtown West Palm Beach. There’s been so little office product developed in the city in recent years that its 360 Rosemary will have a big advantage with its modern spaces and amenities, Rajegowda said.

Related Cos. also has a property along the Intracoastal Waterway under contract for an office tower called One Flagler. If the city approves the zoning, Rajegowda said they would move forward there as well.

Rosemurgy, who has proposed an assisted living facility in Boca Raton, said Baby Boomers are looking for places that are comfortable to live with cultural events. They often rent from $6,000 to $8,000, he added.

Community activities are a huge part of 55-plus communities, said Belmont, who sold a property in Westlake for such a project. 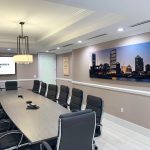 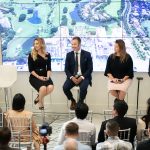