The seven-acre project, located at 105 East Camino Real, sits along Route 1, just west of Lake Boca Raton. The development includes three towers — each to house a rental, a condominium building and a hotel. In addition, the development will include a golf club four miles inland from the main campus.

Penn-Florida refinanced 101 Via Mizner, the rental complex, with a $195 million loan from Blackstone’s mortgage lender division, according to Penn-Florida COO David Warne. The 366-unit rental building was completed in 2018. All the apartments, which range from studios to three-bedrooms, are now leased, said Warne.

In 2014, the developer paid $19 million for a 1.2-acre parcel in one section of the development and secured a $75 million construction loan from HSBC for the rental component, property records show.

The Via Mizner development will also include a Mandarin Oriental Hotel and Residences as well as an 18-hole golf course designed by sport legend Jack Nicklaus. The condo building — where over half of the 86 units are sold — and the 164-room hotel are slated for completion in the fourth quarter of 2022, while the golf course will open for play next year as well, according to Warne. 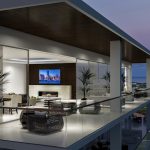 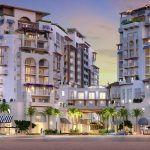