The fully leased 101 Via Mizner was completed in 2018, while the two 12-story Mandarin Oriental buildings and the golf club are scheduled for completion next year.

Penn-Florida COO David K. Warne said in a statement that the two loans allow the developer to significantly reduce capital costs for the three-phase mixed-use project.

Penn-Florida has presold half of the 86 condos in the Mandarin Oriental, which also will have 164 hotel rooms, according to the release. The buildings will be connected via a sky bridge and will feature a Downtown Athletic Club, The Spa at Mandarin Oriental and two rooftop pools.

The three buildings are above The Shoppes at Via Mizner, a 60,000-square-foot luxury retail center. Penn-Florida, led by CEO Mark Gensheimer, began construction on the first phase of the 2 million square foot project in 2015.

Previously, Penn-Florida took out a $225 million construction loan for the Mandarin Oriental from Madison Realty Capital in 2019. Two years earlier, the developer obtained $400 million in financing from Mack Real Estate Credit Strategies and the U.S. Immigration Fund, an EB-5 lender.

Boca Raton-based Penn-Florida owns a real estate portfolio spanning 6 million square feet in its home city, Port St. Lucie, and in Orlando, according to the company’s website. The developer bought the 1.2-acre Via Mizner site for $19 million in 2014.

In 2019, 101 Via Mizner general contractor Moss Construction sued Penn-Florida affiliate Camino Investments Holdings Limited Partnership for non-payment of $2 million on a $75 million construction contract, according to Palm Beach Circuit Court records. A year later, Camino Investments counter-sued Moss, alleging the construction firm failed to perform the work required by the agreement and caused delays on the project, among other breaches of contract.

This week, the cases were dismissed after Moss and Camino Investments reached an undisclosed settlement, court records show. 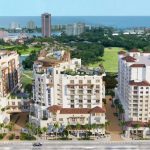 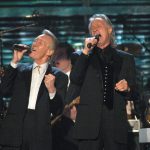