“Northwestern Mutual has significant ties to Boca Raton, due to our extensive network of clients who live in the City. The Downtown has been transformed into a great place to live, work and play for our employees and we have found Penn-Florida to be a very strategic landlord and partner, making South City Plaza an excellent choice for our corporate offices,” said Peter Striano, Managing Partner of Northwestern Mutual’s The Striano Financial Group.

“We are honored to have Northwestern Mutual join the Penn-Florida family. South City Plaza boasts an impressive tenant roster including corporate offices for local, national and international companies. Downtown Boca Raton is being transformed into one of the most exciting urban communities in Florida, and people are realizing the benefits of being located in the heart of it all,” said Mark A. Gensheimer, Chief Executive Officer of Penn-Florida Companies. 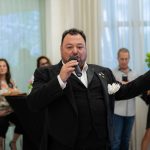 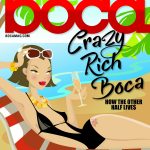