Parcels with low-rise buildings near the stations are ripe for redevelopment thanks to the premium value placed on office and multifamily properties near mass transit. Companies seeking office space in these cities could benefit from the convenient transportation for their workers, while the stations would provide a steady stream of customers for retail and restaurant tenants.

If even a fraction of the tourists frequenting PortMiami and Orlando – also part of Virgin Trains’ expansion plans – visit Aventura and Boca Raton, the rewards for businesses seem evident.

“The response about Brightline [Virgin Trains] has been overwhelmingly positive from both residents and our major employers,” Boca Raton Mayor Scott Singer said. “It will have spillover effects beyond the few blocks around the station. This is an opportunity to attract white-collar employees and to increase tourism traffic for our local businesses, Mizner Park, restaurants and the like.”

It’s still too soon to tell what types of projects will be proposed near the new stations. Najam Syed, head of asset management at Virgin Trains USA, formerly known as Brightline, said the company is strategizing its plans and would like to see dense development around the stations to benefit riders. Existing stations in Miami, Fort Lauderdale and West Palm Beach are already development magnets.

Virgin Trains and its majority owner, Fortress Investment Group, backed some of the projects. Others were built by third parties that obtained neighboring land. Apartment, office and hotel developers in the three cities all cited the stations as enhancements to their projects.

“People want to live at these stations and have their businesses at these stations,” said Christian Lee, vice chairman with CBRE in Miami. “You will see multifamily development around these stations to the maximum density will allow. And if it’s not very dense, they should consider rezoning.”

Although the vacancy rate in the downtown Miami office market stayed in the double digits for most of this decade, the new office buildings at the Virgin MiamiCentral station were fully leased relatively quickly. Virgin and Fortress sold those offices for $159.4 million in May.

Without the station, the offices probably wouldn’t have been built, Lee said.

“They get higher [office] rents near stations, which leads to higher value,” he said. “The reason tenants pay more rent is they can attract employees from a bigger, more diverse geography.”

In downtown West Palm Beach, where there hasn’t been a major new office building constructed in more than a decade, the proximity of Rosemary Square to the rail station was a big reason the Related Cos. broke ground on its 360 Rosemary office building.

The Park-Line Palm Beaches apartment community is 84% leased a year after opening, and many of the tenants chose it for its location near the station, Virgin Trains’ Syed said.

“That in itself is a proof of concept that a transit-oriented development actually works,”he said. “A lot of folks are coming from the Northeast and want to have a train stop at their doorstep.”

Although Virgin Trains hasn’t moved forward with its plans for an office near its Fort Lauderdale station, the adjacent Flagler Village neighborhood has boomed with multifamily and hotel development.

According to CBRE, South Florida office buildings in areas with a high transit access score that sold in the past five years garnered double the per-square-foot price. For retail properties in those areas, the price difference was nearly triple.

Brandon Isner, leader of market research in Florida for CBRE, said commercial real estate in Aventura and Boca Raton will enjoy a boost in value once stations are established there.

“It can be a great marriage between mass transit and retailers who want a predictable flow of potential customers,” he said.

Aventura and Boca Raton are already strong real estate markets, so the stations will only make them more attractive, said Ken Krasnow, vice chairman of institutional investor services at Colliers International South Florida. Both cities have relatively wealthy populations and are home to many business executives – an ideal demographic for Virgin Trains’ ridership, Krasnow said. The stations will encourage more business leaders to live in those cities, he added.

“It’s really critical you continue to develop and attract office users in these transit corridors because they provide well-paying jobs,” Krasnow said.

While Aventura is a popular destination, the intense traffic can make it difficult to reach. The Virgin Trains station planned there could improve access, removing one of the biggest challenges for developers and landlords.

The station will accelerate the city’s already dynamic office market, said Harry Dornbusch, president of Aventura-based H&M Development. His company is the general contractor of the nearly completed Forum Aventura office condominium located next to the proposed train station. It recently finished the Beacon Hallandale office condo tower, which is just a short drive to the north.

“It’s going to make it easier to have an office here. People can actually come from Fort Lauderdale on the train in 20 minutes, and even work on the train,” Dornbusch said. “You don’t have to take I-95 and not know when you’re going to be there.”

Restaurants in the area, which are already busy, will be packed because of extra customers from the train, Dornbusch said. He suspects many visitors will be drawn to Aventura Mall and its new culinary offerings.

The mall and many nearby shopping centers have large parking lots that could be repurposed with housing, hotels and other uses, said attorney Javier Aviñó, a partner and Land Development & Government Relations Practice Group leader at Bilzin Sumberg. The law firm represents Virgin Trains USA in obtaining local development approvals.

With Biscayne Boulevard already heavily developed, much of the activity will take place in the Ojus neighborhood a few blocks to the west, Aviñó said. That area is unincorporated, and the county already created an urban district to encourage construction there.

“Once you add the train to the mix, it creates a lot of opportunity to put in additional density,” Aviñó said. “There will be relaxations of parking requirements as a result of the … [station].”

Even being a half-mile from the train station will be beneficial, said developer Jack Taplin, who plans to build apartments, retail and a Tribute by Marriott hotel in the Falls at Gulfstream in Hallandale Beach. The train would make it easier for tourists to reach racing and gambling at Gulfstream Park, and he hopes his hotel can lure some of those visitors.

“The proximity to the Brightline [Virgin] station is definitely a positive for the hotel,” said David Gahagan, VP of capital markets with Walker & Dunlap, which worked with Taplin on the project. “It will be an incredible impact … on the area.”

Compared to the other Virgin Trains stops, Boca Raton doesn’t have as much high-rise density. However, the proposed station, which the City Commission approved Dec. 10, could create demand for transit-oriented development on what’s currently low-rise sites.

Mayor Singer said its downtown area zoning, which allows heights up to 100 feet and mixed uses, stops about a block south of the proposed station. Virgin Trains initially requested a new transit-oriented development district around the station, but withdrew that proposal in order to speed up the process, he said. The only new development currently proposed besides the station is a parking garage, Singer said.

James Batmasian, the head of Investments Limited, the biggest commercial property owner in Boca Raton, said he’s eager to speak with Virgin Trains about developing his sites near the station. He said all of those properties will benefit from the station because drivers want to avoid Interstate 95.

The Virgin Trains station will be a great amenity for the new apartment building at Via Mizner because residents could more easily access other major cities, said Melissa Myers, director of marketing at developer Penn-Florida Cos. The station should also boost the project’s retail and restaurant component by attracting visitors from other cities. However, the clients at Via Mizner’s Mandarin Oriental-branded luxury condos and hotel aren’t the people who typically ride public transit, she added.

Yet, Penn-Florida is working on a mixed-use project on the north side of Boca Raton called University Village that aims to be transit-oriented. Myers said if Virgin Trains adds a stop in the city, the developer would like to integrate it into the project, which would have multifamily, retail, a hotel and offices.

Virgin Trains’ Syed said one of the reasons the company selected Boca Raton was its many corporate headquarters and the large workforce that travels in and out of the city every day. Bilzin Sumberg’s Aviñó said a lot of the talks he’s had regarding projects at the Boca Raton station involve office buildings, both traditional and medical.

“Even if the zoning isn’t currently in place, there is an opportunity to make a modification,” he said. “There are a lot of opportunities to do reuse of existing properties in and around these transit hubs.” 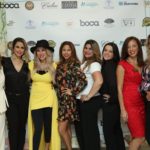