A moving closeup of a ballerina waiting in the wings to perform hung in their headquarters for 15 years. “The photograph caught the moment,” co-artistic director Jane Tyree said at the elegant center for the upcoming The Residences Mandarin Oriental Boca Raton.

Then recently, the former Russian ballerina walked in to enroll her daughter in classes. “That’s me!,” she said when she saw the photograph.

Stein talked about her years with the Kirov and Bolshoi ballets in her native country before moving here with her family. Then she joined the American Ballet Theatre School in New York. “They had so many Russian teachers,” she said. 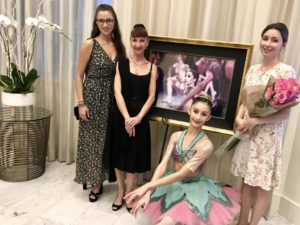 Now married to her husband Roger, they plan to pass the torch to a new generation.

“You are bringing forward the art form you fell in love with,” Tyree said.

Nicole Winter, now with Cirque Du Soleil and a former Boca Ballet student, was among supporters there. Sheʼll perform and co-chair “A Princely Affair,” the balletʼs major fundraiser on Nov. 3. “This is my roots,” she said. “I wouldnʼt be where I am today.”

Other guest performers will include American Ballet Theatreʼs Cassandra Trenary and Stirling Baca from Pennsylvania Ballet. Tickets are still available.

Tickets are also on sale for four upcoming performances of the companyʼs Marleen Forkas presents “The Nutcracker.” 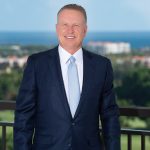 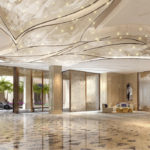